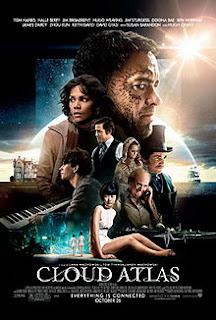 "But life is short, and truth works far and lives long: let us speak the truth". (Arthur Schopenhauer, 1818).

Anyone with even the fainest knowledge of film history - or those that have actually experienced some of it - will note an interesting phenomenon: often the movies that have gone on to be considered both "classics" and redefined or influenced future cinema in someway, were either, (and frequently both on initial release) box office or critical failures. At the same time, there were a small, but not always un-influential group of critics who seem to see something else in such film and praise them greatly. This often leads to the strange phenomenon of such movies appearing simultaneously on "best" and "worst" movie of the year lists. Such movies have included, although many younger readers might find it hard to believe: 2001: A Space Odyssey, Blade Runner (the back tracking by critics over these two movies in particular over the years has been amusing to behold) and even Citizen Kane. Cloud Atlas, has so far shown an initial pattern very similar to these landmark movies.


Lets look for example at a small section of the critical response:

Even as I was watching Cloud Atlas the first time, I knew I would need to see it again. Now that I've seen it the second time, I know I'd like to see it a third time ... I think you will want to see this daring and visionary film ... I was never, ever bored by Cloud Atlas. On my second viewing, I gave up any attempt to work out the logical connections between the segments, stories and characters. Roger Ebert Chicago Sun-Times

"Finally, what sinks "Cloud Atlas" is not the largeness of its ambitions but the lack of skill it displays in terms of writing, directing and acting". Kenneth Turan Los Angeles Times

Some will balk at its excesses, but breathtaking action, profound emotion and a dark sense of fun make this the most ambitious, original movie event in years. Hannah McGill The List

The best thing about Cloud Atlas is that it could, and should, turn into a properly divisive film... but one has to ask: does it allow for immersion? Even as we applaud the dramatic machinery, are we being kept emotionally at bay? Anthony Lane New Yorker

It's funny, violent and prodigiously romantic; it has immense heart and more gorgeous cinematic moments than I can describe. Andrew O'Hehir Salon.com

And on it goes, with negatives making up the majority of reviews (a score of 66% on Rotten Tomatoes if such things influence your film viewing).

I am about to step out on a limb here, I can hear the branch cracking as I balance precariously on the end, but I will predict the same amount of back peddling from those so dismissive of Cloud Atlas as I saw from the same critics around other movies already mentioned.


Cloud Atlas is an adoption of the wonderfully written and executed 2004 novel by David Mitchell scripted, produced and directed by  Lana and Andy Wachowski (Matrix) and Tom Tykwer (Perfume). The movie consists of six separate but ultimately linked stories. These range from a 19th century story of slavery, abolition and murder to the tale of a post-apocalyptic society living in a small community in the distant future. Between these are the stories of:  a post romantic composer in the 1930's and his relationship to an aging, once famous composer unable to move beyond the Romantic tradition (perhaps my favourite story of the six); a conspiracy story set in the 1970s involving the oil industry; a publisher in the present day in a rather convoluted tale of psychopathic writers and a nursing home, and finally a tale set firmly somewhere between Scott's Blade Runner and Margaret Atwood's "Hand Maids Tale" - at least visually. Each tale is not told chronologically,  one following the other,  but instead we find ourselves moving backwards and forwards through them as the film progresses. Ultimately however, each tale is closely connected. How these connections are made may ultimately be up to the viewer.

A superb cast (even Tom Hanks, of whom I have not been a great fan of for a number of years) play multiple roles across each story.


Cloud Atlas: Behind The Scenes

While one might  normally find a disparity in style in a movie with three directors (even if the Wachowski 's can be counted as one voice) this is not the case and instead one feels that you are clearly  watching one single movie rather than six short stories ones. If there is an exception than it is Tom Tykwer 's section set in the present day, which somehow develops into an Ealing Comedy during its mid section. However, given the number of film references put into the other stories, perhaps this is deliberate. If it is, then somehow it misfires here as it seems oddly out of place. Perhaps though,  repeated viewing may change this perspective. I felt a similar, if lesser, twinge of doubt with the introduction of Matrix movie type action in one of the Wachowski's sections, but this quickly started to make narrative sense.

But what is all about? While there certainly seems to be certain themes running throughout the movie - interconnectedness, that a soul can become a "hero" in one set of circumstance a "villain" in an other (even if they need to fight against their "darkness"), that no matter where you are in time and space there is a commonality to the human experience, that love will ultimately conquer, that there is some truth in notions of Metempsychosis (whether literally or biologically is upto the viewer), etc, etc - ultimately, the viewer is left to take away their own message. What is certain is that Cloud Atlas is a far less a complex movie or story than many critics seem to have found it. If they do find it as such, then perhaps the Hollywood machine is right to keep churning out empty headed action "flicks" - it clearly knows the intellectual demands of the average critic better than we think.

Anyway, whatever message you take from it ,if any, why not simply enjoy the journey of a beautiful, cinematic experience that in just under 3 hours never once drags - testament I think to its cinematic and story telling pedigree. It is due to ambitious movies like this that I can continue to believe that film is still a valid part of the arts - while still remaining ultimately "cinema"