"In space no one can hear you moan": Disney announce Star Wars Spin--Off movies. 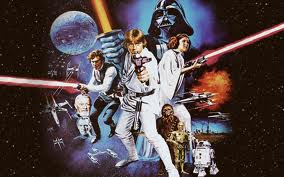 Lets be honest, after the Star Wars prequels, Jar Jar Binks - and even without Lucas - the announcement that Disney was to take over and continue the Star Wars series, some of us were left  with a deep feeling of dread - or was that just me?

OK, so things improved a little when we were told that the first part of the post-Return of the Jedi trilogy would be directed by J. J. Abrams (assuming he can learn to restrain the use of "camera flare" of course) but what are we to make of the latest announcement?

It now seems that in addition to the already announced next Star Wars trilogy, Disney are to release a number of stand alone Star Wars films featuring characters from the series. While Disney Co has remained silent as to what form these will take, EW claim, not that unrealistically, that two of the spin-off projects will include a Han Solo "origins" movie and a film dedicated to the "adventures" of Boba Fett, to be released between 2015 and 2021.

Whether these will be cinema releases is unknown although given Disney's propensity to dismantle their own franchises with a series of straight to video releases anything is possible.

Am I worried worried? Nearly as much as when I first saw "The Star Wars Holiday Special. Maybe we will get Lumpy and Itchy spinoffs?